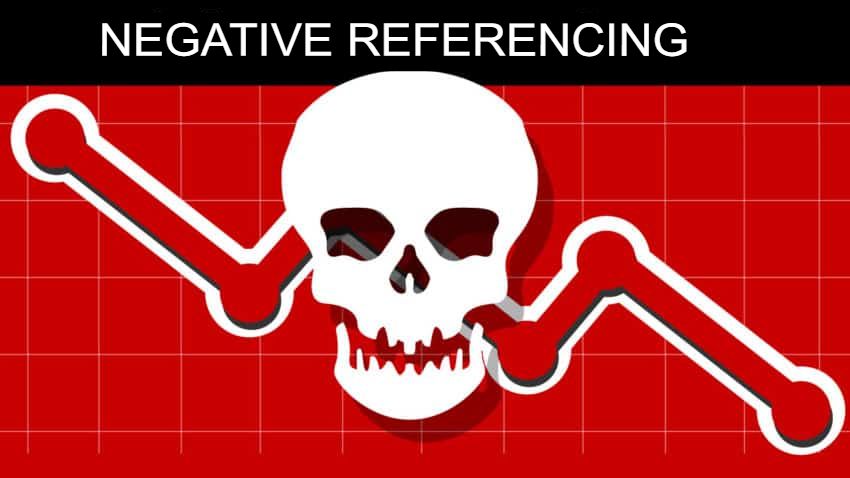 Negative SEO refers to the practice of using black hat, unethical or even illegal techniques to sabotage a competitor's SEO ranking in search engines.

Is negative referencing (nseo) a myth or a reality? Can a competitor really harm the natural referencing of your website on the Google search engine? How to identify and protect against these black hat SEO attacks?

This article has to better explain to you this notion of negative referencing and the methods used to harm your positions and your referencing.

What is negative SEO?

Negative SEO is a set of activities aimed at lowering the ranking of competitors' sites in search engine results.

Negative SEO or nseo is at least an admission of weakness on the part of your competitors coupled with a lack of ethics and honor.

Rather than trying to be better and overtake you in the rankings by hard work, some will leave panache and chivalry aside to indulge in hateful techniques .

Google via one of its executives has also confirmed the possibility of implementing this type of practice.

“We are working very hard to prevent these issues. We are also working on our algorithms to try to recognize these types of problems and solve them in advance. In practice I rarely see any issues with this and when I do see one, if I think it may have been a competitor who created the issue, the team is usually willing to look into the details, see what happened and to make sure that there is no problem that is artificially causing problems for a website. »

Negative SEO attacks can use different direct or indirect methods:

What are the main techniques?

Several more or less effective techniques can harm your site and your positions for more or less long periods. What are they ?

Example of abnormal generation of thousands of backlinks in black hat mode.

Originally, links that Google thought were spam were simply ignored . This allowed SEOs to create thousands without worrying about a negative impact from poor quality links.

In April 2012, Google released the update and an algorithm called Pinguin . For the first time, it took heavy measures and penalties against sites using abusive techniques, penalizing in passing many sites that had not deliberately sought to violate its rules. See how to generate and obtain quality inbound links.

From that date, the generation of poor quality backlinks and optimized anchors has become a sword of Damocles for those who play too much with the new limits dictated by the algorithms. See our article which explains what a good netlinking strategy is.

From this constant, some unscrupulous SEOs have seen it as an opportunity to have their competitors penalized by mass generating poor quality links in the hope of triggering the wrath of Google's algorithms on the targeted site.

The techniques of nseo via backlinks are: 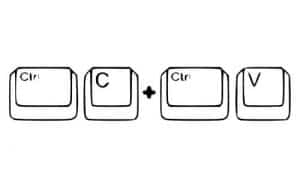 When Google finds duplicate content on multiple sites, it usually chooses a single version to rank.

In general, Google is smart enough to identify the original source of content. Unless the copy is indexed before the original or on a site with a stronger authority than yours.

Some unscrupulous webmasters will therefore try to duplicate the texts of your pages en masse on other platforms or on sites with better authority.

Content duplication can also take place via tools that retrieve texts from the internet to mix them and create content in the form of a mug, intended to be referenced on thousands of long-tail keywords and generate traffic over a longer period. or shorter.

A derivative attack of duplicating content is to report your text to Google as copyright infringement . By passing off your original text as copied text infringing copyright, your page may be removed from the index.

The most aggressive negative seo method and the least easy to implement remains direct action on your site via various actions.

Denunciation of your network

This is not a direct form of negative SEO, but a practice that could have a big impact on your SEO.

Competitors can spy on your link profiles, trace your network, identify their origin and report you.

If certain practices are criminalized, they can use Google's spam reporting tools to report your exchanges, paid links, your private blog networks (PBN) or any other manipulation attempts.

This can then have a direct impact on your results by removing link power if the partner site is penalized, or result in a manual penalty to your site. 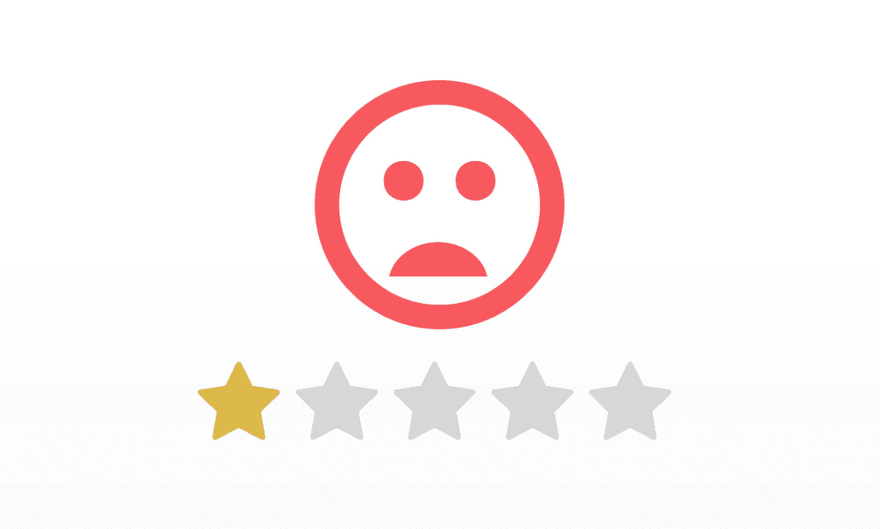 Negative reviews do not directly impact your SEO, but negative reviews appearing on your business's results page can greatly deter clicks or purchases .

The goal of SEO is to capture targeted traffic and get targeted action. Undermining your e-reputation and moving away from the objective sought by the SEO strategy is in a way to harm it. 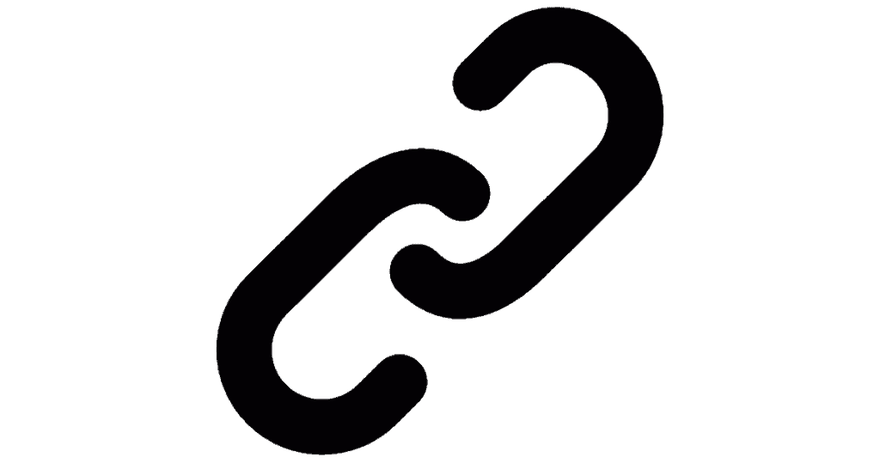 Many referencing tools make it possible to know the links which are made towards a site and thus to identify from which sites they are made.

All it takes is for a malicious and unscrupulous competitor to impersonate you to contact the sites linking to yours and ask them to remove the links for various reasons .

By tackling the sites doing the best, the negative consequences can be quite quick.

How to protect yourself from negative SEO attacks?

It is not possible to prevent all attacks, but you can still take precautions.

Stay in touch with Google

Register your site on Search Console and configure options to receive alerts in these cases:

Software makes it possible to follow them, to carry out an audit of the backlinks , and to warn you when they are no longer active . Use this type of software to verify that the links created for your SEO strategy are indeed active. In addition to negative SEO, this protects you from unscrupulous partners who do not respect the exchanges.

Also regularly monitor those that are generated naturally . If suspicious backlinks are generated, you will quickly see it and can use Google's tool to disavow them .

Online tools make it possible to detect the sites that use your content. You might be surprised at the results.

The best known tool is Copyscape . Just add your website, or the body of the article you want to check, and it will let you know if your content is duplicated elsewhere.

Hackers can penetrate your site through different vulnerabilities . Be attentive and follow simple rules:

In order to anticipate harmful actions of this type, stimulate positive reviews from your customers to occupy the space and prevent fake reviews from being the only ones visible.

How to react in the event of a penalty following a negative SEO attack? 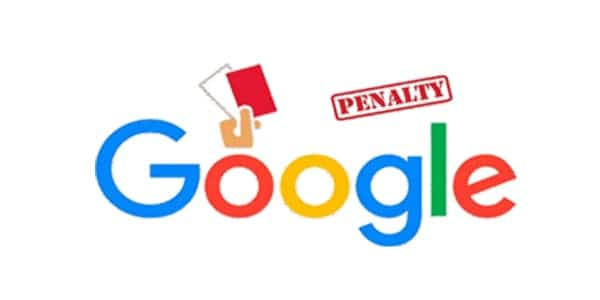 Manual penalties occur when a Google employee crawls your site manually and sees practices that go against webmaster guidelines.

Once you have identified the issues mentioned and the reasons for the penalty, you can contact Google directly to request a reconsideration request .

Explain what you did to resolve the problem. Repeat this process until you get a positive response from them.

Algorithm sanctions apply without a review process and it is therefore up to you to fix the problem by identifying the causes of it.

Problems with algorithm updates are often well documented , so you'll probably know what to fix.

The initial sign that your site may have been hit with a penalty is a drop in traffic. This can affect the whole site or certain pages, which is sometimes difficult to identify.

Hacking and other issues

For the other types of attacks mentioned, the losses will be short-lived. If there are no penalties, once the problems are corrected, your site should go back to its initial position while the updates are done.

How To Make Money With Email Marketing

How To Make Online Sales – 3 Tips For Beginners