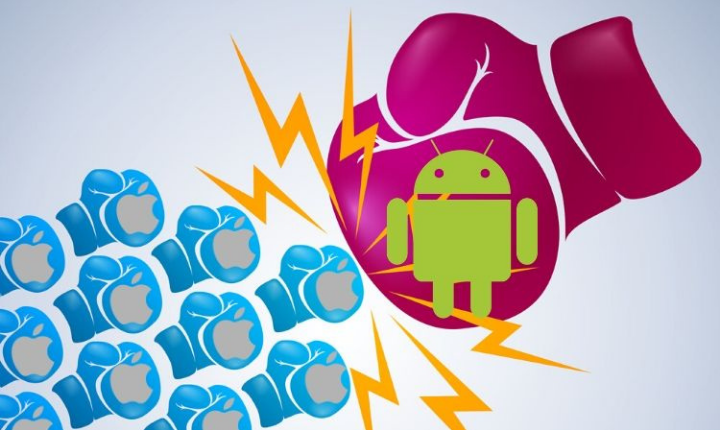 For several years, mobile phones have earned a privileged place among online sales channels, but the great battle between Android and iOS is also continuing: which of these two operating systems has managed to achieve more conversions?

Which operating system gets the most conversions: the war between iOS and Android

When talking about mobile devices, one of the first things that comes to mind is the operating system on which they work. Among these, Android and iOS have the largest number of users and, therefore, with the main sales conversion rates through mobile. But which one gets more conversions?

To clear up this doubt, in its Study on conversion in Spanish digital businesses 2022, the Flat 101 agency shares some data on these operating systems that, at least for now, dominate the mobile market.

Although to a great extent the type of product has an important weight in the Android vs. iOS war, there are clear differences when observing which of these operating systems obtains more conversions in general, and of course, the reasons behind it.

Android remains the leader in user traffic and conversion

That said, just like last year, Android remains the undisputed leader in user traffic and conversion. However, its percentage fell from 70.36% in 2021 to 67% of the visits received by digital businesses through mobile phones that come from devices with this operating system.

On the other hand, the iPhone operating system (iOS) continues to grow slowly, going from 29.42% to 33% of the traffic share of digital businesses. However, a clear contrast is still established between the exclusivity model with which this company works and the more open model of Android.

Talking about the total revenue from mobile devices we can again see a clear difference between these main operating systems, although Android has also lost ground.

In general, we understand that Android is positioned as the most used mobile operating system by users. This allows you to present higher percentages in the analyzed metrics. However, the traffic to conversion ratio leans more towards the former, which leaves us with a higher number of visits and a lower conversion rate. On the other hand, iOS devices have a higher conversion rate in contrast to their percentage of visits. Difference that we can attribute to the fact that the latter correspond to a market sector with greater purchasing power.

The study affirms that this difference in the conversion rate is associated to a greater extent to the technical performance problems of web apps that usually occur on some Android devices, since they have different browsers, different processors, different performance, and even the operating system. differs.

Of course, these problems do not usually occur to such a high extent on iOS devices, since it is a more closed system, which has less variation between its browsers, types of operating systems and even processors.

In this way, Android devices that offer a low level of performance with some technologies in development, are usually the devices with the highest error rate in the completion of transactions, but it should not be believed that in general Android offers a low conversion rate, and rather it will depend specifically on each device.

Guide To SEO In Google For Beginners

SEO Strategy: 15 Steps And Keys To Work On Your SEO Marketing Campaign

SEO Positioning: The 20 Keys To Be The First