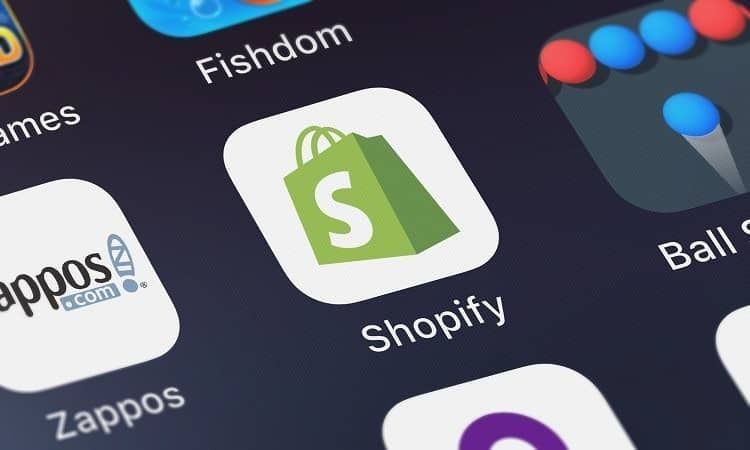 Shopify is a Canadian platform dedicated to e-commerce that has experienced tremendous growth in recent years. With a focus on the seller and improving the world of eCommerce, it has gradually become one of the most popular CMS for eCommerce , as well as launching new lines of business. And its growth has been so great that if we group together the sales of all the merchants that use its platform, they already account for half of those of the Amazon marketplace.

Shopify has grown twice as fast as Amazon in recent years 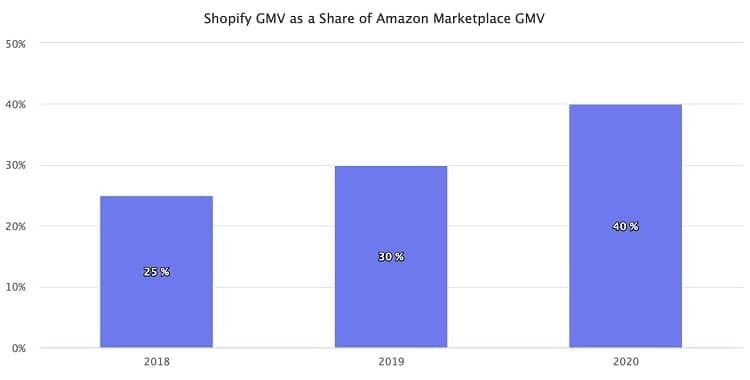 To give us a clearer idea of ​​how sales have grown on Shopify, in 2018 their market was four times smaller than Amazon's. The total sales volume on Shopify that year (41,000 million dollars, around 36,000 million euros) was less than its total sales volume during the fourth quarter of 2021. For 2019 this proportion became 30%, for in 2020 reach 40% of the GMV of the marketplace. Since then, Shopify has grown twice as fast as Amazon, reducing their gap to just 50%

Undoubtedly, there is a big difference between the two companies, but if Shopify continues to grow in the same way, it will be few years in which it reaches the same level as Amazon (at least, in the part that corresponds to its marketplace) . However, this is not necessarily a competition for the eCommerce titan, rather it presents a possible new approach due to the differences in their platforms.

A period of great growth for Shopify

The truth is that in recent times this CMS has not stopped evolving. In recent years, for example, it has implemented new initiatives to drive the growth of buyers , as well as to help them sell more easily. Thus, in 2021 Shopify launched Shopify Markets, a tool designed to promote international trade in a centralized and automated way that seeks for small businesses to have an impact within the global market without great economic efforts: with this new function, Shopify-based stores They will be able to manage from the same place what products, at what prices, in what currencies and with what payment methods to sell in each market.

If we take the example of the Spanish market, just a few months ago Shopify launched its new POS , which according to the company is "the new integrated solution" that it has launched in order to help merchants meet consumer demands and continue being competitive.

Also, seeking to gain more reach, in March 2020 they enabled a free trial of between 14 to 90 days for sellers to test their platform. The company finally gave a tight group of vendors early access to its Shop Pay Installments service. This service allows greater payment flexibility for buyers with the idea of ​​buying and paying later .

Amazon's marketplace isn't the only way SMBs can reach consumers, despite Amazon's huge e-commerce market share in key areas, and Shopify's results are proof of that.

Google Confirms That Your Customers Can Boost Your SEO

Techniques To Increase The Authority Of Your Domain

A Google Employe Reveals Secrets About The [SEO] Algorithm

Once suspended, rf will not be able to comment or publish posts until their suspension is removed.

Once unsuspended, rf will be able to comment and publish posts again.

Once unpublished, all posts by rf will become hidden and only accessible to themselves.

If rf is not suspended, they can still re-publish their posts from their dashboard.

Thanks for keeping Qined Community 🧑‍💻 safe. Here is what you can do to flag rf:

Unflagging rf will restore default visibility to their posts.