Lately they have been annoying about the subject of CTR and its impact on SEO, if manipulating the CTR works , what seems to work or simply does not work …

For neophytes, the CTR (Click-through rate) in SEO is a ratio that measures the effectiveness of a result on the Google results page (SERP). It is the division of the times a result is clicked by the times it appears (impressions). This percentage can be easily checked in the "search analytics" report in Search Console (former Google Webmaster Tools)

When the results of an experiment are not reproducible, it is because the experiment is poorly done or the hypothesis is wrong . With which the result is not commensurable, or what is the same,You cannot accept the hypothesis that you want to prove as valid (in this case, if the CTR affects the rankings or not). But also in the world of SEO we have the handicap of the volatility of the universe in which it is experienced, where we cannot isolate all the variables.

As a consequence of the misinterpretation of this series of experiments and others that have been going on for a long time, 2 aspects have emerged:

The CTR is necessary for Google
The CTR along with other user behavior metrics ( very well explained by Dan Petrovic in Moz ), are what Google and other search engines use to learn and improve results (machine learning).

They are metrics with which search engines receive feedback on what are the results that meet the needs of users (a priori in the SERP). A site can be very good at the on-page level and/or have an authority for X reasons, but it may not give the answer that users need.

As Ricardo Baeza (Yahoo) comments in the Web Retrieval chapter of his book Modern Information Retrieval (a book you have to read if you are an SEO), Click-through data is even better than Page Rank to determine the quality of a result. . It is also the best metric to evaluate the effectiveness of an algorithm when it is tested . To the point that there is a Yahoo patent that talks about replacing the PR with this user behavior data and where this microsoft study is cited that also proposes improvements . Google also has its patents on click-through feedback and here is the latest. Even Gary Illyes (Google) confirmed in the last SMX that he uses it as a ranking signal, but that it sometimes causes noise with what is used in some cases. It was confirmed again by Paul Haahr in 2016 . 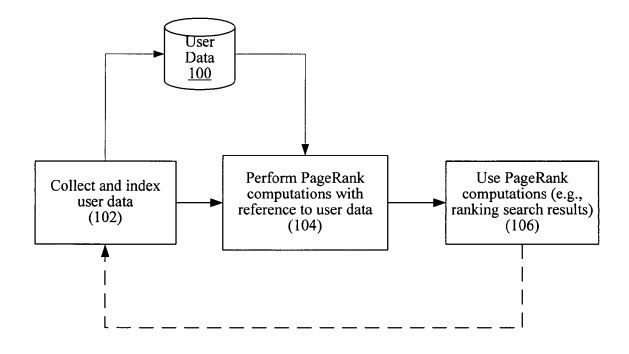 The artificial manipulation of the CTR in SEO I tell you in advance that it is an absolute waste of time and if one day it were to work it would be temporary and for queries with little or no competition. If you think that a search engine like Google can be manipulated with "hey, search for this and click here", "mini jobs" or "pandabots" it is that you have not been in this for a long time or you have not bothered to understand the algorithm behind the search.

Just because CTR can't be artificially manipulated doesn't mean you don't have to improve it naturally. It would be stupid not to try it because it is a way for you to get more traffic, even in a world where Google did not take it into account to rank .

In January 2013 I explained a part of an experiment I did on CTR to understand why users clicked on one result and not another. From this experiment I came up with a list of natural factors that can impact this metric:

In the example of the tweet, from the moment the title was changed by adding the number of elements it had in the categories of a site, the AV Position begins to rise. Why does it work? Categories are usually a type of query plus log tail, the effect of CTR is constant over time and I am not only working on one URL, I am working on several pages at the same time. With this simple change, thousands of URLs whose keywords range from 1K to 22K monthly searches (in exact match) went from the Top 10 to the Top 5, with a more than considerable impact on traffic. How much time and resources (friends, money in mini jobs, proxies, bots…) could they achieve this one day?

As I always say, don't waste time fooling search engines, earn it by understanding them . It is much more productive and enriching to study how search engines work because you will begin to row in favor and not against.

Google indexing: how to index a site on google?

How to detect and get out of a Google penalty?

How to avoid Google penalties?

Mohamed
Is It Possible To Get Your Page To The Top Of Google With SEO For Images?
#seo
5 Best SEO Plugins For Wordpress: Right Arm In Optimizing Your Website
#seo
What Are The Differences Between On-Page And Off-Page SEO
#seo