Check out the content we have prepared for you to clear up all your doubts about the theme of the advertising campaign .

Understand what this type of strategy is, how they work, what are the types, benefits and differences between online and offline campaigns.

What is an advertising campaign?

An advertising campaign can be defined by a set of marketing and advertising actions, which share the same objective, budget and defined time to happen.

These actions aim at the same end and, to achieve it, different online and offline channels can be used, according to what works best for a particular audience and purpose.

In addition, all materials and resources used in the same campaign must have a unity in the message transmitted, tone of voice and visual identity.

What is the main objective of the advertising campaign? 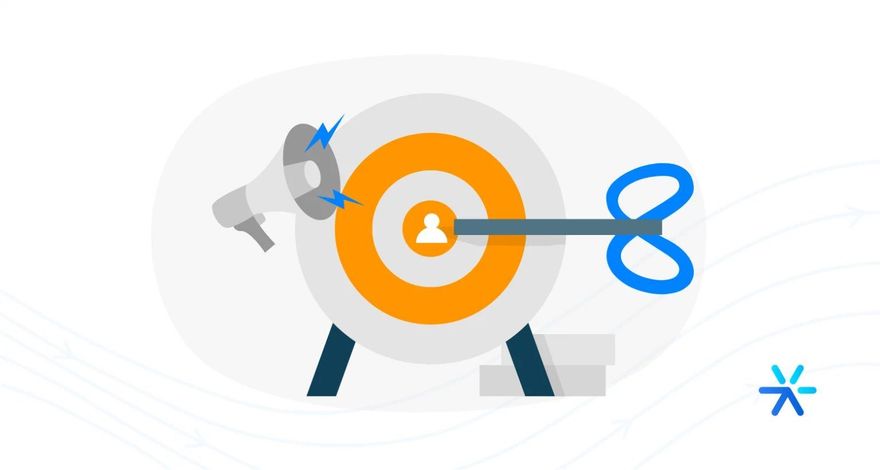 The main objective of the advertising campaign is to reach the defined audience.

And, after that, the more specific objectives come in, which can be publicity, conversion and financial return for the brand.

Campaigns can be created to launch a product or service or to increase brand awareness.

They can also be designed for commemorative dates, for the dissemination of promotions and special conditions, etc.

What is the difference between ad and advertising campaign?

The advertising campaign is a set of various actions and materials, including advertisements.

On the other hand, you can create an ad without it being part of a complete campaign.

The campaign is a planned and integrated strategy.

Advertising campaigns can be offline or online, or even merge channels and actions from these two contexts.

Here we explain the difference between them:

Offline campaigns are those that exploit more traditional media that are not related to the internet: television, radio, billboards, newspapers, magazines, etc.

Offline campaigns are also considered to be those that involve promotional actions (such as leafleting, demonstrations and actions at events), in addition to actions developed for points of sale.

Offline campaigns have broader reach, but also more difficult to control and target.

Metrics and return on investment are also less tracked than with online campaigns.

Online campaigns are all those that are broadcast over the internet.

What are the types of advertising campaign?

As we mentioned, advertising campaigns can have different objectives and also different profiles.

Some differences also change the dynamics of campaigns and that is why it is important to know the main types:

Brand-related campaigns, whether corporate or personal, are institutional campaigns.

They can have different objectives, such as public recognition, increasing sales or launching a new product or service, for example.

Social campaigns are those focused on publicizing causes that impact the population.

They can be developed by brands, NGOs and government institutions.

An example of this type of campaign is clothing donation or blood donation campaigns.

And political campaigns, as you can imagine from the name, are those developed by the government or by candidates, which gain strength mainly during electoral periods.

This type of advertising has its own regulations.

How to make a good advertising campaign?

Whatever the type and objective of the advertising campaign, some points of attention remain the same.

To develop a campaign that achieves certain goals, check out our tips:

Find out what your target audience is

The first step to a good advertising campaign is to be clear about which audience you want to reach.

The public must reflect the ideal customer profile and have specific characteristics, as it will determine the group that will be impacted, through which channels, materials and languages.

In addition to the characteristics and profile, the campaign must take into account the different stages of the sales funnel.

For each moment of purchase maturity, objectives, campaigns and often different creations must be thought of so that the results are obtained.

Television campaigns usually have a higher budget and can generate insights for your campaign, even if it is not designed for the same channel.

The choice of channel (or channels) of your campaign also interferes a lot in the results.

Factors such as target audience, budget and resources need to be taken into account when defining where your campaign will run.

You can choose or merge online and offline media to do so.

One of the important points, after defining the target audience, is the adaptation of communication, verbal and visual, for the appropriate age group.

Every advertising campaign has a beginning and an end.

The period is related to the objective, time and budget.

So, an important step is to define which window the campaign will be in.

Also take into account the planning and preparation time of materials and actions, to do everything calmly and improve the results of the investments.

Once you have the overall number in hand, divide the budget between the channels, materials and resources needed.

This is where the campaign materials come in, remembering that online or offline resources may be needed, according to the channels that have been chosen so far.

The pieces, arts, texts and graphic materials must have the same creative line, direct the audience to the same place and always keep in mind the general objective of the campaign.

The last step is to put your campaign on the air, following all the planning and preparation that has been done so far.

What are the benefits of an advertising campaign?

The advertising campaign, when well planned and well executed, brings many benefits to the business.

We have selected some examples of interesting advertising campaigns that can bring you inspiration!

This Budweiser beer campaign, although old (it was broadcast on TV in 1999), shows the relationship of friends when drinking beer and watching football games.

The campaign became so famous and had the desired impact, to the point that the term “Whassup?!”, explored in the ad, was used in sports broadcasts in the following years.

Another beer brand that has well-known and recognized advertising campaigns is Heineken.

There are many iconic commercials of the brand, but we decided to share here the first audiovisual campaign created for Brazil, with the concept “The energy of the night is greener than ever”.

The play and campaign explore the return of social interactions with more force, after the Covid-19 pandemic.

To bring an example of a social campaign, we brought the “Dumb Ways to Die” campaign, made by Metro Trains, in Melbourne, Victoria, Australia.

The campaign's objective was to promote rail safety, but it took on a much larger proportion than expected, going viral on the internet around the world.

In addition to the awareness video, the campaign also won a game, available until today.

BMW's campaigns are an excellent example of how the brand always manages to communicate the most important point of its products: sophistication.

The public wants a luxury car and can find that desire with the brand's campaigns.

With this content you had access to the concepts and tips that will help you create the ideal advertising campaign for your brand.

Of course, if you want to start exploring this strategy, the work is just beginning!

Drink from many sources, research other examples and strategies and combine creativity with good planning to create campaigns that deliver your desired objective.

Google crawl budget: definition and how to optimize it in SEO?

What is the importance of the XML sitemap in SEO?

How to optimize the robots.txt file for SEO?